www.oldraineians.com uses third party cookies to help improve visits to this website. This message appears briefly each time you visit the site and when your mouse moves over the message region. Click Here to stop the message from appearing.
More information about cookies 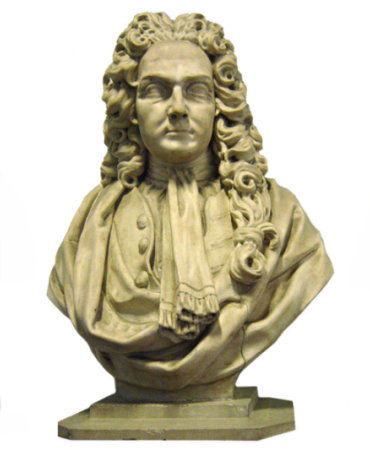 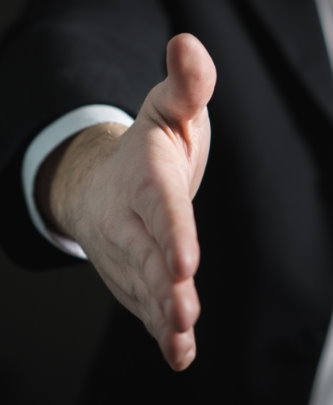 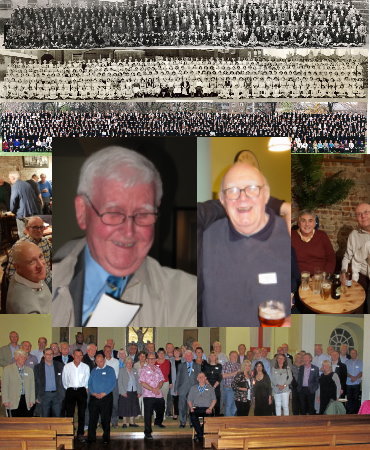 Henry Raine (1679 to 1738) was a wealthy brewer who owned a well-established family business in the semi-rural area of Wapping-Stepney, just to the east of the Tower of London. He initially lived close to what was a substantial group of buildings, which he either owned or rented, before following the example of many of his wealthy contemporaries, having a mansion built for himself and his family in Woodford, Essex.

For several years prior to the foundation of his own school, Henry Raine had been a trustee of the Wapping Charity School, which was founded as part of the movement to bring some education and training to poorer children, thereby enabling them to be permanently employed after leaving school. Prior to 1719, Henry Raine had maintained the charity school financially but in that year he started fund the school totally. His financial support meant that he was able to appoint both the schoolmaster and mistress; he was involved in setting the curriculum and ensured that the school was run on Christian principles based on his High Church principles which were also followed by many of his contemporaries.

The children had to live in parishes close to the school and had to come from families who were practicing Anglicans - non-conformists and Roman Catholics were strictly excluded. The 1719 school building still stands and is now the oldest non-ecclesiastical building in Tower Hamlets.

The school, which was in Charles Street, Wapping, educated fifty boys and fifty girls, who joined aged eight or nine and stayed for four years. At the end of their school careers the boys were apprenticed to local tradesmen and the girls went into domestic service.

On 13 August 1724, Henry married Sarah Petrie, whose family lived in Mile End Old Town, at St Dunstan’s Church, Stepney, Sarah was a member of one of the most important Roman Catholic families in the country. Sarah died on 26 February 1725 after which, uncommonly for that time, Henry never remarried. Sarah and other members of Henry’s family, were buried in the Raine’s family tomb which still stands in the grounds of St George’s in the East, Stepney.

In 1736, Henry built an additional residential school or asylum for girls, who were given a further four years education, to ensure that they would then go on to domestic service. When Henry died in 1738, the provisions of his will ensured that the schools, which would be managed by a large group of local worthies and members of Henry’s immediate family, would be able to continue by utilising the income from his property and the stocks which he left to finance the project. The asylum building, which was demolished in the 1920s, was used as a school until the 1890s after which and despite being condemned, it became part of the Stepney Workhouse complex.

Henry Raine was one of the most important people in the foundation of the parish of St George’s in the East in 1729 and he established his charitable foundation in such a way as to link the school and parish for many years to come. A portrait of the first Rector of St George’s, Dr William Simpson, still hangs in the Headmasters study in the school.

The schools continued virtually unchanged until the middle of the 19th century when it became clear that the buildings were in need of serious restoration and that the schools, rather than the asylum, had outgrown their purpose. In addition, the changes in legislation relating to education were such as to make change inevitable. The school had always been operated on charitable grounds but now a new system, where paying pupils and foundation pupils would both be taken into the school and educated together. The changes coincided with the appointment of Robert Strange Taylor as first Assistant Master and then Master and subsequently Headmaster of the schools, who was responsible for restructuring the whole of Raine’s Foundation and the Schools.

Taylor ensured that the schools were moved to better premises in Cannon Street Road, just a few hundred yards from St George’s in the East.

The boys and girls had separate schools with the education was being geared more towards science, technology and teaching than the traditional subjects and aspirations. The school also dropped its insistence that only practicing Anglicans be admitted and increasingly the school population reflected the mix of people and religions in the East End.

However, the school quickly outgrew the new buildings and Taylor was instructed to find a new site for the school. After several years of work on the project, the Foundation’s trustees bought a plot of land on the east side of Arbour Square, Stepney where, at a cost of some £30,000 they built a school for two hundred and fifty boys and a similar number of girls, where the school remained until 1985.

The school was and still is, an imposing building (use current stuff about the hall, insert hall picture). However the school went through serious trials and tribulations during both world wars. Over 300 ex-pupils and teachers fought in the First World War, of whom some 35 were killed.

In the Second World War, the schools were evacuated to parts of the south coast and Kent, leading to a myriad of stories from pupils about their experiences during their evacuation. After the last war, the school continued to develop its educational standards, sending a good proportion of its senior pupils of both genders on to university and an enviable record of sporting achievement.

In 1964, the school ceased to be divided into boys and girls departments and became a co-education school.

In 1985, the school moved, for only the third time in what was then its almost 270 years history to two sites in Bethnal Green, the Upper School, which occupies what many east-enders will remember as Parmenters School in Approach Road and the Lower School The Arbour Square building is now part of Tower Hamlets College.

The School’s achievements, based on the legacy of Henry Raine are impressive. It still maintains its mix of foundations and non-foundation pupils. The Foundation itself is the oldest charitable foundation in Tower Hamlets and it still provides financial support for pupils to attend university. The original building is the oldest non-ecclesiastical building in Tower Hamlets and the Arbour Square site is still as imposing as ever and, in many ways, it demonstrates the stability of Henry Raine’s vision.
For more information on Henry Raine visit Henry Raine (1679 - 1738) - Find A Grave Memorial which has been provided by Geoff Gillon.